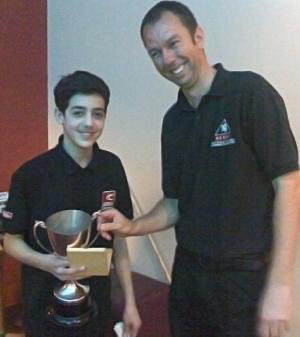 The Under 16s championship was originally supposed to be held at The Executive Club in Rainham but due to their unfortunate closure, the event was relocated to Rileys Gillingham.

We only had 5 entries to the competition but that didn't lessen competitive element by those that entered. A round-robin was held with Arkin Chandarli coming out on top with Terry Aubert coming second after a playoff frame against Matthew Williams. The final was the best of 3 frames which not only went to a decider but actually went right down to the black with Arkin winning by a solitary point 44-43.

A very exciting finish to a closely contested match. All the players and officials had a thoroughly good day with special thanks to Pippa and the club for hosting the event at such short notice. 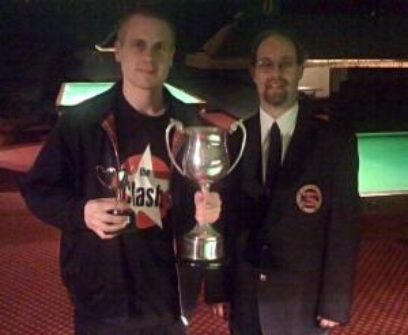 The County Cup was held at Club Q in Ashford on Sunday 22nd March. Marc Cackett managed to do it again. Congratulations to Marc for becoming the new County Cup champion. His mantle piece must surely be full with this being his third title of the season. Steve Crowley was again the unfortunate beaten finalist. The Plate competition was won by Tony Sharp beating Tony Molineaux in the final. 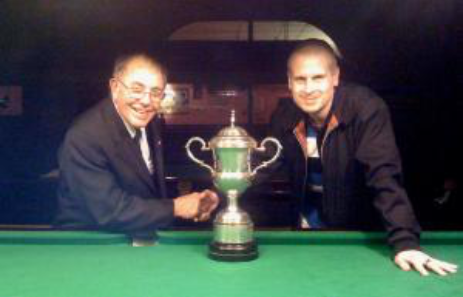 The Amateur Snooker Championship was held at The Players Club in Strood on Sunday 22nd February. We had a field of 38 players and the one player that nobody managed to beat was Marc Cackett. Congratulations to Marc for becoming the new Kent Amateur Champion. Marc beat his doubles partner Steve Crowley in the final.

The small consolation for Steve was that he managed the highest break of the day which was a 75 in his semi-final match. The Tom Ashton Memorial Plate competition was won by Mark Devonshire beating Neil Jefferis in the final. 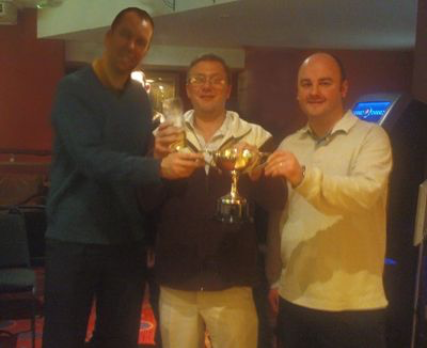 The 3-Man Teams competition was held at Rileys in Gillingham on Sunday 18th January. The winning team were The Committee comprising Adrian Frisby, Neil Jefferis and Chris Carpenter, beating The Players Club's Mark Devonshire, Robert Molinari and Tony Sharp 4-1 in the final. The one lost frame in the final was the only frame The Committee lost in their 3 matches so a thoroughly convincing performance from the competition organisers. It wasn't fixed, honest! 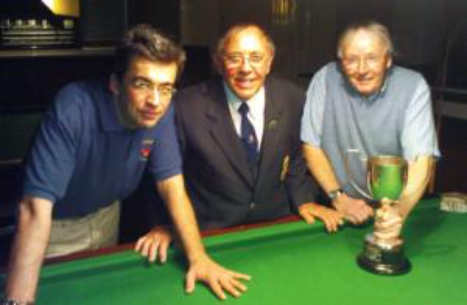 The Billiards competition was held on Sunday 14th December at Victoria Snooker Club in Tunbridge Wells. We had 15 entrants for the second year running and a new winner. David Smith came through the Round Robin stage and then beat Terry Mills in the semi-final. Defending champion, Andy Phillips beat Leo Hare in the other semi-final but it was David's day as he beat Andy in the final to capture the title for the first time. 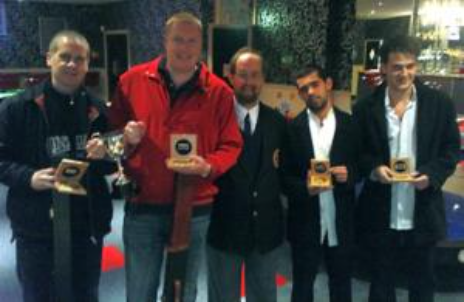 The Pairs competition was held on Sunday 16th November at Sidcup Snooker Centre. We had 12 entries, which was 3 more than last year, and a good day was had by all. The winners were Steve Crowley and Mark Cackett beating David Green and Mark Lowne 3-0 in the final. 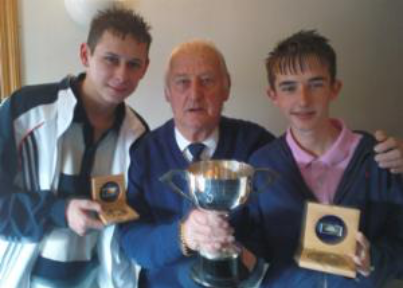 The Under 21s competition was held at Pockets Club in Gravesend on Sunday 19th October. We had two groups playing in a Round Robin format with the winners from each group playing in a final. The group winners were Matthew Howard and Steven Whybrow. Congratulations go to Matthew Howard who triumphed 3-0 in the final to retain the title. 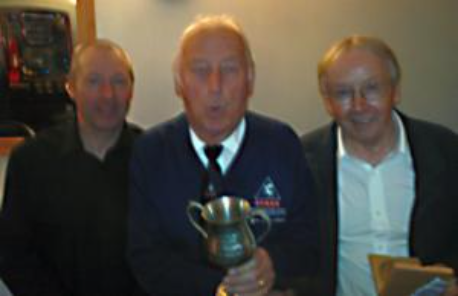 The Veterans competition for over 55s, was also held at Pockets Club on 19th October. This too was played in a Round Robin format. The group winners were David Smith and Stephen Hills. Congratulations to David Smith who won the final 2-0 and has now won this title for the last three years.