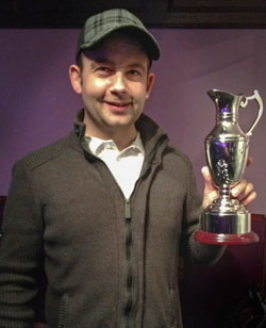 Our new Player of The Year trophy was deemed a great success with three or four players in with a chance right down to the final competition. Well done to Danny Bush for being our inaugural winner, we can’t wait for the 2012-13 season to come round to see who will challenge for this award. 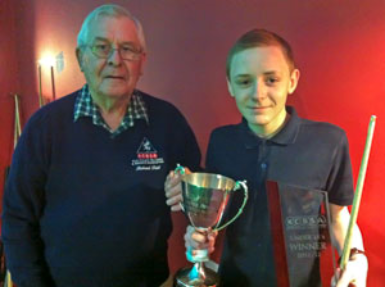 We had 7 entries to our FREE showcase competition for Under 16s and we opted to run a round-robin event to give the youngsters more snooker. The winners of each group went on to contest the final which was played out by Michael Loveridge-Greene and defending champion Jordan Grimshaw. But despite losing the first frame, Michael came out the victor by three frames to one. A great day had by all and nice to see a couple of new faces. 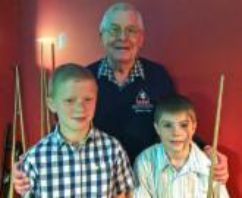 One lad who has improved tremendously over the past 12 months is Callum Haighean, who did very well to make a 25 break, you can see him pictured with Andy Cane and KCBSA Coach, Richard Field. 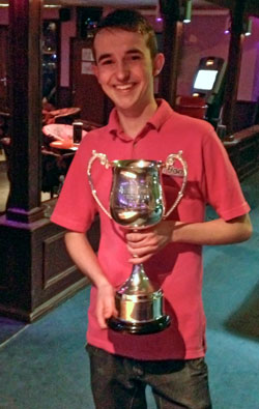 Matthew Howard (Rainham) has claimed the Kent County Cup in an exciting final fought out with Charlie Walters. Matt proved to be the victor winning 3-2 and was a worthy winner for he also took the highest break prize for a magnificent 115 he scored in the third round. He showed consistent form throughout the long day which started at 10.30am and finished at 11pm and there were many times where he had dig deep to pull out a win particularly in the semi final against Stuart Wood from Essex. Charlie also showed everyone that he was a great finalist after beating Mark Cackett in the other semi. Matthew is the first player since Chris Carpenter to have won the Under 21s, The Kent Amateur and the Kent County Cup; maybe he will win them all in one season next year? 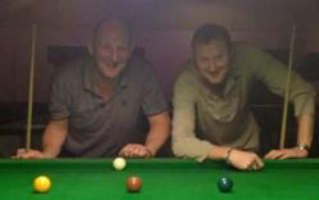 In the Plate event of this tournament, Marc Rotherham triumphed over seasoned campaigner, Ron Goodwin. Marc played solidly throughout and deserved the top prize. Ron actually was the first ever winner of our Under 23s (now U21s) event way back in 1979-80, it was great to see him play so well again and will be a formidable competitor in the Veterans which he can take part in next year.

This capped off a momentous day as this Open competition, which is available for any player from outside of the County, was our first event where we had not only managed to sell out all 64 places but we even had 6 players on standby - a brilliant achievement by the Association; let's hope this competition achieves a full house every year from now on. Three out of the four semi-finalists were all Kent residents which was wonderful for snooker in the County but there is an ever growing army of players from Essex taking part in this tournament who are keen to make a name for themselves, you will definitely need to get your entry in early next season!

Special thanks should go to Malcolm Kay for his refereeing duties in the white gloves and also to Les, Maureen and Jordan for being such hospitable hosts, it's great to have their support year on year. 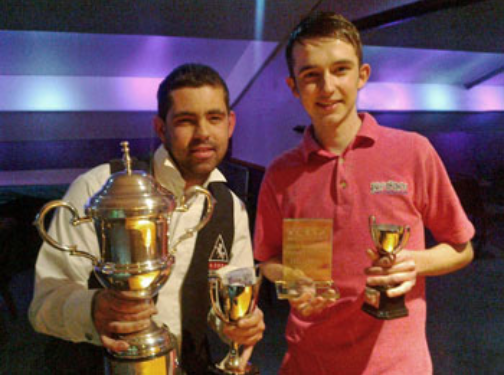 David Green triumphed to become the Kent Amateur Champion for the first time! He beat Matt Howard (last year's winner) 3-2 in a thrilling final. Matt took the first frame. He then had his first losing frame of the day and David continued his good form to also take the next and a 2-1 lead. David held the highest break of the day at 72 but Matt then beat that with an 80 break to level the match. He then took a 38 point lead in the final frame but David hit back with a quick fire 51. With the last 3 balls remaining the scores were level and David then potted a tremendous blue and pink to clinch the match. David won £200 for winning the title and Matt picked up £100 and £10 for the highest break.

We had 44 entries for the competition. Marc Rotherham and Steve Wagon were the losing semi-finalists. The Tom Ashton Memorial Plate competition was won by Danny Bush beating Rob Molinari 2-0 in the final. This sets up a 2-way tie at the top of the Player of the Year table with just the Kent County Cup to go on March 11th. Don't forget to get your entry in.

Bushwackett are the new Kent Teams champions. There were 7 teams that entered on the day and Danny Bush, Steve Wagon and Mark Cackett proved to be too strong for the others.

In the final they played the Committee team which was Adrian Frisby, Finlay Palmer and Neil Jefferis and beat them 4-1 to take the £105 winners prize. This has created a 4-way tie at the top of the Player of the Year table with our two big competitions still to play. Don't forget to get your entries in. 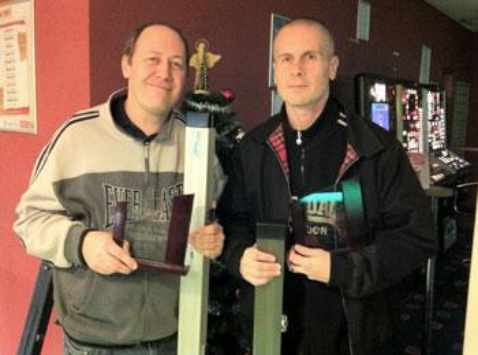 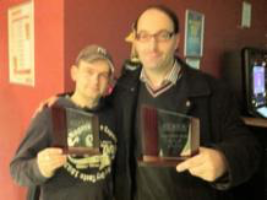 Congratulations to Steve and Mark, winning the Pairs Championships for the second time. We had 9 pairs make the journey to Folkestone to compete and each match was played as a best of 5 frames. There were some very strong partnerships and David and Danny reached the final without dropping a frame but Steve and Mark proved to be too good for them this time and ran out 3-1 winners.

It was a relief for Steve whose run of 6 consecutive runner-up trophies inspired our new Player Of The Year Award. The monkey is finally off his back and the 30 POTY points he and Marc both earned, gives them a good start in the quest to be the inaugural winner. Will they be able to stay ahead of David and Danny who got 20 points each for their efforts? Only time will tell. 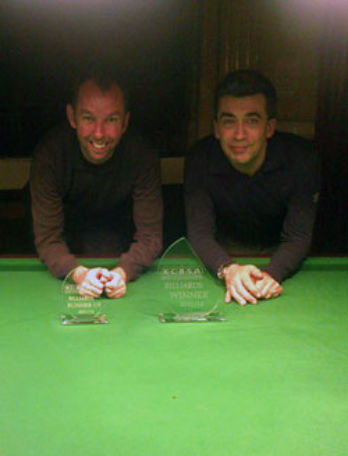 Andy Phillips (pictured right) took the Kent Billiards crown for a record breaking 6th time defeating Neil Jefferis in the final. We had 13 entries on the day so ran a Round Robin with 2 groups of 4 players and a group of 5. The group winners were Neil, Steve Roberts and Michael Wright. Michael had managed to beat Andy in the group stage but Andy still qualified for the semi-finals as he had the highest average points score of the players that finished second in the groups.

Andy then beat Steve in the first semi-final, played over an hour, and Neil beat Michael. It looked like Andy was going to run away with the final until Neil fought back with a break of 76 to put him only 2 points behind with a couple of minutes left. A careless shot though let Andy back on to the table and he was able to extend his lead to 18 points when the time ran out with the scores at 212 - 194. Andy won £100 and gained 30 POTY points whilst Neil got £50 and 25 points. 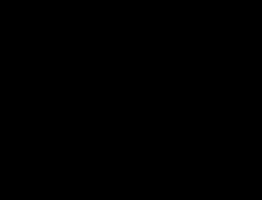 It is with some sadness that we have to announce that the Under 21s 2011 did not take place as we only had ONE entrant! Poor old Phil O'Kane turned up looking forward to competing as one of the favourites for this event and yet he was the only player to attend so the competition had to be abandoned, the first time in KCBSA history. However the silver lining for Phil is that he does pick up 10 Player of the Year Points for putting in an appearance. Let's hope this is not the sign for things to come and next year we will have a much better turn out from the youngsters. 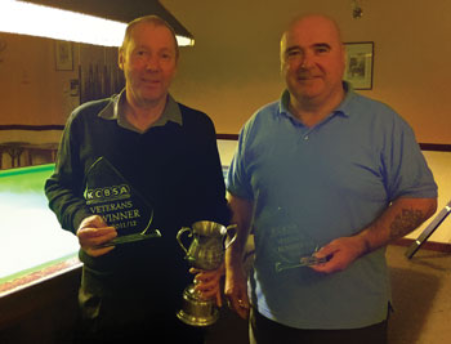 As last year we had a force of 10 players competing for the Veterans honours. Last year's runner-up, Stephen Hills went one better this time round capturing the top prize beating Max Bell in the final held at the very welcoming Petts Wood Club. Stephen collected £60 for his efforts along with 25 Player of the Year points whilst Max took home £40 and 20 POTY Points. Let's see how those valuable points stack up at the end of the season.

It's worth pointing out that Alex Sommerville played Pat Hughes in a second round match and their combined age was 164!